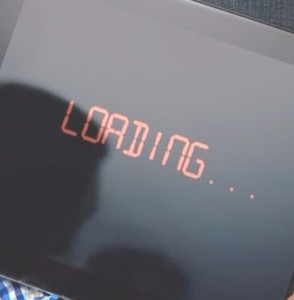 When it comes to the need of fast downloads, Kenya is ranked first in Africa, but 51 in the world while Uganda is 11 and 116 respectively.

According to the new Worldwide Broadband Speed League, the data was collected across the 12 months up to 10 May this year by M-Lab, a partnership between New America’s Open Technology Institute, Google Open Source Research, Princeton University’s PlanetLab, and other supporting partners, and compiled by Cable.co.uk. The results were released last week.

Neighbouring Kenya leads Africa with the fastest internet speed of 8.83Mbps which allows for the same movie to be downloaded in one hour, 55 minutes and 55 seconds. Seychelles is second at 2:55:21 and South Africa third at 3:54:54, with speeds of 5.84Mbps and 4.36 Mbps respectively.

Internet speed refers to the speed which data or content travels from the World Wide Web to your home computer, tablet, or smartphone. The speed of this data is measured in megabits per second (Mbps) which is the industry standard.

The five fastest countries have download speeds around 40 times faster than the five slowest. Singapore tops the table at 55.13Mbps, compared to Yemen, which is more than 162 times slower at just 0.34Mbps. At present, Kenya is offering faster internet speeds than Australia, Mexico, Israel and Malaysia.

Uganda has an available average speed of 2.12Mbps while Rwanda comes close behind with 2.11Mbps and Tanzania comes delivers at 1.49Mbps.

China is ranked at 134 and takes 10 hours, 58 minutes and 57 seconds to download the 7.5GB movie. The survey shows that 20 of the top 30 fastest-performing countries are located in Europe, with seven in Asia, two in North America and one in Oceania.

By contrast, 17 of the 30 slowest-performing countries are located in Africa, with seven in Asia, six in South America and one in Oceania. Some 139 countries failed to achieve average speeds above 10Mbps. Put another way, the testers got tired of waiting and gave up.

The top 10 countries are Singapore, Sweden, Taiwan, Denmark, the Netherlands, Latvia, Norway, Belgium, Hong Kong and Switzerland. The United States is ranked at 21 requiring 51 minutes and 13 seconds to download the movie. For United Kingdom residents, the time is one hour, two minutes and one second.