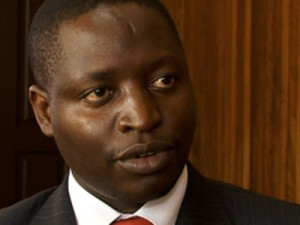 Bahati said the economy is facing some challenges, but the fundamentals are still okay.

February 24—Government ministers and technocrats have dispelled fears about the imminent collapse of Uganda’s economy owing to reduced growth during the past four to five years and the controversies surrounding indebted business people and a failed bank.

“Yes, the economy is facing some challenges, but the fundamentals are still okay. If you look at the (East Africa) region, the inflation rates are at six percent. The public debt, which many people are complaining about, is still at 30% compared to a threshold of 50 %,” David Bahati, a state minister for finance has said.

He was speaking at the 7th National Development Policy Forum organised by the National Planning Authority (NPA) and the World Bank. GDP growth is down to between 4% and 4.5% as several prominent business people have seen their enterprises fall into financial distress. Towards the end of last year, Crane Bank was taken over by Bank of Uganda due to capital inadequacy  problems before dfcu Bank acquired its assets in a BOU brokered deal.

But Prof. Kisamba Mugerwa, the NPA Chairperson, said Uganda’s key indicators which reflect investor confidence all point to the fact that the country is moving in the right direction.

“Uganda needs some growth momentum to induce its vulnerabilities to external shocks and to boost growth and jobs in order to achieve its vision of reaching middle income status and also transforming its population in general,” Rachael Sebudde a Senior Economist at the World Bank said.

However, she said the economy is still growing steadily at about 5 percent although a number of vulnerabilities still remain. Sebudde said the last five years have put the economy under a severe test. This was especially true for the last financial year, as growth slowed down to 4.5 percent on the back of several shocks, including  instability in South Sudan and the overall  global economic slowdown which is only reversing slowly and not equally. South Sudan has been Uganda’s biggest export market until civil war broke out three years ago.

Bahati assured Ugandans this does not mean the country is in the red. “We have to move cautiously, but we are still on track. The only challenge we have been facing in the private sector is domestic borrowing.”

He said, “We are working out some good strategies that will reduce on the domestic borrowing by government so that we can reduce on our interest expense, because it has now become the third biggest sector in our budget,” Bahati said.

He said the government has plans to increase funding to Uganda Development Bank so that the private sector can have access to cheap loans which will boost economy activity.

“We are still on track as long as we address weaknesses in government institutions and improve on efficiency and improve on the country’s spending priorities,” Kisamba said.

Sebudde said once government policies achieve efficiency and productivity in development, the economy could recover to its historical rapid growth rates of the 1990s.