$2m set aside for women in regional logistics sector

September 19, 2018—Two million US dollars is to be disbursed by TradeMark East Africa (TMEA), a trade consultancy based in Nairobi, to support women in the logistic and transport sector in the East African Community (EAC) member countries. 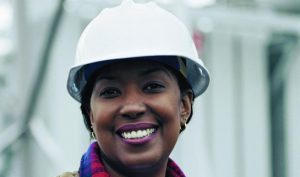 Findings from a survey showed that only 19 pc of all employees in the regional logistics firms are women.

Sandra Kirenga, a TMEA senior official with the Uganda Office said the fund will be used to set up a secretariat that will develop a strategy on mainstreaming gender in the logistic sector.

Findings from a survey done by the Federation East Africa Freight Forwarders Association (FEAFFA) with funding from TMEA and interviews with 97 logistics companies in East Africa, showed only 19% of all the employees in the companies are women.

Kirenga said, “Even the small percentage that is employed in the logistics sector is being unequally treated compared to their male counterparts. They are paid less for the same jobs, they are sexually harassed and work in unconducive environment with no security. It is upon this background that TMEA with support from our funders, DfID and UKAid.

The project will start in Kenya with $600,000 dollars already secured and will be expanded to other East African countries. Kirenga was speaking during a panel discussion on ‘Mainstreaming Women in Logistics’ during the Global Logistics Convention 2018 that has just concluded.

The Convention, under the theme ‘Freight Logistics: The Edge to Competitiveness’ was hosted by Uganda Freight Forwarders Association (UFFA) in partnership with the National Logistics Platform (NLP) and the Ministry of Works and Transport and sponsored by the Department for International Development (DfID) through TradeMark East Africa

The chairperson of the NLP, Merian Sebunya asked TMEA to focus on the most enlightened women first instead of focusing on the rural women as these will encourage and even train the latter to make the program more productive.