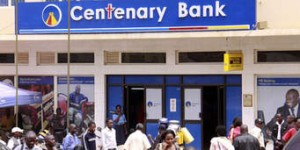 256BN has learned that the industry’s 2017 loan book expanded by only UGX200 billion (about $54 million) compared to UGX10.9 trillion (nearly $3 billion) that had been lent during the first half of calendar 2016, reflecting the tough business environment and general aversion to credit by borrowers.

More so, seventy-nine percent (UGX 157 billionn) of the 2017 book was written by just one lender, a number that is largely indicative of the likely profitability trend for the year.

According to Wilbrod Owor, the Chief Executive of the Uganda Bankers Association, as much as UGX 2.5 trillion that was available for lending remained idle as businesses kept away from borrowing.

“There was hardly any growth in uptake of credit last year. Anywhere between UGX2.3 toUGX 2.5 trillion and more that was available for lending through syndication, remained untaken,” Owor said.

Many businesses, especially those that were owed money by government, were not willing to expose themselves to further risk, leading to stagnation in credit uptake, he explained. The government still owes domestic suppliers between UGX2.5 and UGX2.7 billion according to official figures.

Lenders are therefore likely to report more non-interest income, meaning the bulk of their revenue is coming from activities outside the primary role of providing credit. The CBR retreated 6 percentage points during 2017, recently settling at 9 percent but this has not triggered a yet healthy appetite for credit uptake.

Equally, with the exception of Stanbic Bank whose prime lending rate has come down to 17%, many lenders are maintaining spreads as wide as  12 points between the CBR and their prime, sending negative signals to potential borrowers.