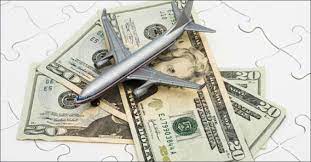 Nigeria and Zimbabwe top the list of African countries owing airlines significant sums of money, as the global value of blocked funds from ticket sales, climbed to USD one billion and thirty million in May 2021.

The Africa region accounts for 60.5pc of that value equivalent to USD624 million, according to updated data from international airline lobby IATA.

Three African countries are among the top 5 airline revenue debtors globally on a list topped by Bangladesh and Lebanon. Trinidad and Tobago was blocking the least amount at USD 0.7 million.

IATA says blocked funds pose a big service dilemma for airlines, since they have to choose between withdrawing and sustaining service.

IATA chief executive and Director General Willie Walsh says while challenges in repatriation of airline revenues were not unique to Africa, the continent stands out both in terms of the value and age of the debt.

“In other countries, it is a temporary blockage,” Walsh told a July 21, roundtable with media. He explained that the blockages of airline revenues affect the decisions of airlines to sustain services to those markets since they would technically be operating from a loss position.

“It is important that governments appreciate the risk associated with such action because airlines have to choose between continuing service and withdrawing service,” Walsh said adding that the latter would have negative economic impacts on those countries, especially in the present environment of disrupted connectivity, as a result of the Covid-19 pandemic.

African passengers are already finding it extremely hard to travel both within the continent and beyond because of Covid-19 travel restrictions and the added cost of pre-travel testing on the overall cost of the journey. Less than 2pc of the eligible population on the continent have received Covid-19 vaccination, raising the risk of denial of entry into some markets or quarantines on arrival and addition tests for Covid-19.

IATA is asking governments not to make Covid-19 vaccination a pre-condition for travel and is instead advocating for the adoption of a common standard for digital apps for verification of passenger testing and vaccination status.