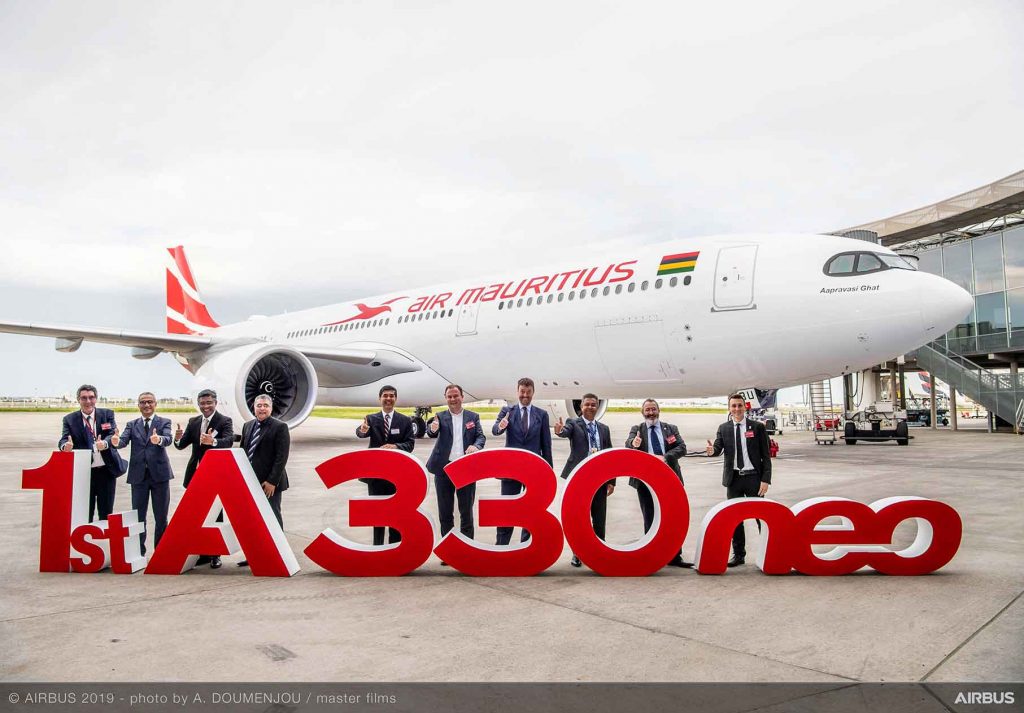 Air Mauritius has become the second African operator of the A330-900, after taking the first of […]

Air Mauritius has become the second African operator of the A330-900, after taking the first of two aircraft on order. The aircraft which has been taken on lease from Air Lease Corporation ALC was handed over at a ceremony held in Toulouse today.

Airbus says the Mauritian flag carrier is the first A330neo operator based in the southern hemisphere, and the first airline in the world to operate a combination of both the A330neo and A350 XWB.

Benefiting from the A330neo unbeatable operating economics and award-winning Airspace cabin, the aircraft named Aapravasi Ghat, after a UNESCO world heritage site in Port Louis features a two-class cabin with 28 business class seats and 260 economy class seats. The carrier will deploy the aircraft on European routes mainly London and Geneva; India and South East Asian routes and on regional destinations including Johannesburg, Antananarivo and Reunion Island.

“I am delighted to welcome our first Airbus A330neo, another milestone in our fleet modernization programme. The addition of two A330neos to our fleet, will bring more flexibility and efficiency to our operations while supporting our network strategy,” said Air Mauritius CEO, Somas Appavou.

The A330neo offers comparable levels of comfort as the A350 XWB. It is available in two versions: the A330-800 and A330-900 sharing 99 percent commonality. It is based on the A330 but comes with a 25 percent advantage in fuel consumption over the previous generation.