KAMPALA, MARCH 25 – After completing a grading exercise of the larger hotel establishments in 2015, […] 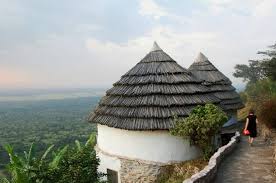 KAMPALA, MARCH 25 – After completing a grading exercise of the larger hotel establishments in 2015, Uganda is extending the exercise to other levels of its hospitality sector.

The Uganda Tourism Board’s Quality Assurance Department says it undertaking, a hotel classification inventory exercise during which it will audit the quality of services offered by hotels against a standard list of essential requirements.

“To qualify for classification, the hotel has to meet all aspects of the essential requirements herewith attached,” Ssebagala said of the exercise that started on March 21.

UTB Chief Executive Officer Stephen Asiimwe said that the ongoing inventory exercise will guide in the assessment and standardization of accommodation facilities in Uganda.

“Uganda is classifying hotels, working with the same standards used by all East African Community members. It is a requirement that all accommodation facilities be classified under the same EAC standards,” said Asiimwe.

He adds that the grading covers the physical and intangible service expected from an accommodation facility in a specified category and level of classification.