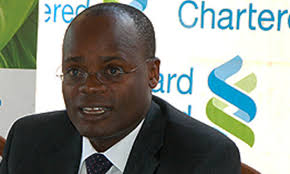 KAMPALA, April 28, 2016 – Standard Chartered Bank’s Ugandan unit suffered a near calamitous 2015 as profits plunged 75.2 percent and provisions for bad and doubtful loans worsened by 69.5 percent in year that was difficult for the industry across the board.

In results released today, the lender reported a profit after tax of Ushs 28.3 billion for the year, down from Ushs114.5 billion in 2014. The non-performing portfolio marginally improved from Ushs 119.4 billion in 2014 to 113.9 billion last year but provisions for bad and doubtful debts spiraled from Ushs36.1 billion to 118.4 billion.

At that level of profitability and Crane Bank yet to report, Stanchart possibly slips from second to sixth position in industry ranking while its toxic assets are an industry record.

No comment was possible from StanChart but according to industry sources, the lenders troubles stem from a very concentrated loan book. The lender was exposed to a handful of heavy borrowers – a transporter and a coffee exporter and a small brewer that all went into distress.

With a thin resource envelop, the bank also suffered high funding costs as inter-bank rates and double-digit CBR rates that stayed in the higher bands during the year.

Non-performing loans weighed down the industry’s performance as lenders were caught between pulling the brakes on credit as industry leader Stanbic chose to do, or risk lending money borrowers would be unable to payback as lending rates approached 30 percent.

Bank of India saw a good year with profits growing from just Ushs85.2 million in 2014 to 1.25 billion last year. Mercantile credit Bank doubled profits to Ushs 2.4 billion but the non-performing portfolio increased four-fold to Ushs 2.4 billion while another Ushs 2bn was written off in bad debts.

Equity’s Ugandan unit’s grew its profit after tax fifty percent to Ushs 6.7 billion but non-performing loans shot up from Ushs7.6 billion to 18.5 billion while 3.4 billion in bad debts was written off.