April 14, 2016 in Companies, Infrastructure by Editor 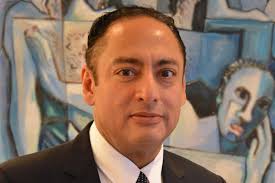 KAMPALA, APRIL14 – The fourteen year old Madhvani Foundation scholarship scheme will this year cross the 7 billion shilling threshold as another 700 million shillings is committed to the 2016-17 programme.

Speaking during the launch of this year’s programme at Makerere University April 5, Madhvani Foundation Administrator Ms Beatrice Apoto said the scheme which started out with awards worth Ushs 300 million in 2003, will this year give out up to 700 million. More than 2000 underprivileged students have benefited from the scholarship over the years with Ushs 6.3 billion so far spent excluding this year’s awards.

“This is the 14th year the Foundation is consistently funding academically brilliant underprivileged Ugandan students. The Foundation continues to hold fast to the Founding Father Muljibhai Madhvani’s vision which is to educate and develop Ugandans and the nation at large” said Mr. Gabriel Opio, Chairman Madhvani Foundation Scholarship Sub-Committee.

Makerere University is a pioneer beneficiary of the Programme since 2003 and has so far had 957 students whose education at the institution was funded through the scholarship.

Since it was reintroduced in 2003, the fund has donated over Ugx 6.3 Billion and supported over 2000 Ugandan students studying both scientific and technical courses. The students eligible for the scholarship are undergraduate students, who have completed their first year of studies, and, graduate applicants who have either been admitted to, or, registered for graduate programmes, both at Ugandan universities.