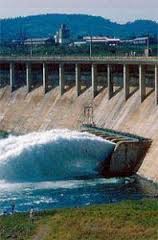 Kampala January 30- African power generation giant Eskom’s Ugandan subsidiary today passed 25 graduate engineers who have completed a three months internship in hydro power generation engineering at the firm’s Nalubaale hydro power station in Jinja, some 80km east of the Uganda’s capital Kampala.
The graduates were being prepared to operate the 600MW Karuma and 183MW Isimba hydro-power station tentatively scheduled for commissioning in 2018 and 2019 respectively.
“One of Eskom’s topmost priorities is to transfer critical skills to Ugandans for the growth of the energy sector in the country,” said Eskom Uganda Managing Director Ms Thozama Gangi.
The latest batch of grandaunts brings 390 the number of graduates that have passed through Eskom’s mentorship since 2003.
Eskom won the tender to manage and operate the 380MW twin Nalubaale and Kiira Hydro-power complex in Jinja after Uganda decided to split the state run Uganda Electricity Board into separate generation, transmission and distribution businesses.
Transmission is still run by the state-owned Uganda Electricity Transmission Company limited but distribution is managed by UMEME, now a public after listing on the Uganda and Nairobi Securities Exchanges.