October 12, 2018—The Thursday morning kidnapping of Tanzanian billionaire, Mohammed Dewji may prove to be an […]

October 12, 2018—The Thursday morning kidnapping of Tanzanian billionaire, Mohammed Dewji may prove to be an unexpected financial boost for East Africa’s private protection and insurance industries as other wealthy people wake up to the greater possibility of a similar fate. 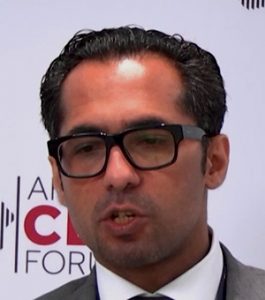 Dewji is worth $1.5 billion and is Africa’s youngest billionaire.

Eye witness reports say, Dewji was grabbed by two white men before being bundled into a waiting vehicle and whisked away.

According to Control Risk, a consultancy, most kidnappers sought to resolve a case quickly to minimize their risk of arrest and to enable them to move on to the next victim. A ransom is being expected, but it is also common for families in other parts of the world, to quietly pay up rather than risk the victim’s life and avoid the media glare.

Uganda Police spokesman, Patrick Onyango said yesterday they have received reports of a prominent business people being threatened. “They are not only threatening them, but they are also demanding hefty sums of money,” he told a news conference.

Protection costs depend on who, where and how. This year, Facebook will spend $20,000 (UGX75 million) a day on Mark Zuckerberg’s personal security. However for between $1000 and $2000 a day, rich Africans can hire some very well trained bodyguards.

A top official at one of Kampala’s leading security services firms told 256BN on Thursday, they have already received inquiries from two high end clients about beefing up their personal protection.

“Obviously, this is not the kind of thing you discuss in the media suffice to say, our clients are constantly appraised of the relevant threat levels pertaining at any one time and accordingly advised,” he said.

He said although kidnapping of high net worth individuals is rare in East Africa, the Dewji case means a heightened vigilance is now required because those involved are looking for financial windfalls.

Although there are numerous registered security firms in Uganda, less than five have the capacity to provide the kind of protection high-end customers may seek to thwart kidnapping attempts.

According to Forbes, Dweji is worth about $1.5 billion and is the youngest billionaire in Africa as head of the Mohammed Enterprises Tanzania Limited.

He was snatched early Thursday morning in Dar es Salaam on his way to his regular gym session at the Colosseum Hotel. Top Dar police, Lazaro Mambosasa said Thursday, “We do not know who these white men are but investigations have started. What we know is that the trader was abducted as he came out of the hotel.”

Dewji is one of three reputed regional billionaires, the other two being Sudhir Ruparelia (Ruparelia Group, Uganda) and Bhimji Shah (Bidco Group, Kenya). However East Africa boasts of an increasing number of dollar millionaires, a reflection of its average four percent economic growth during the past five years. In Kenya alone, there are nearly 9000 people whose total worth is close to $50 billion.