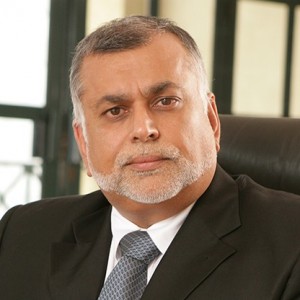 KAMPALA, OCTOBER 10 – Panic was spreading fast within Kampala’s business community after Crane Bank principal shareholder and property mogul Sudhir Ruparelia sent a letter to 500 of his 500 top debtors calling in the loans.

The debtors were given one month within which to resolve their position with the bank, triggering  a panic that has seen some depositors begin to pull their money out the financial institution that has been involved in acquisition talks with the Mara Group.

The development raises questions over the status of the acquisition deal with some analysts suggesting the move could be linked to efforts by Sudhir to repair the balance jump-start after the negotiations with the Mara Group stalled over a dispute over the bank’s value. Still, other analysts posit that it could be an indicator that the talks have completely collapsed.

256BN could not immediately establish the value associated with the loans Sudhir has recalled but this site broke the news that the acquisition talks with Mara had run into obstacles related to differing views of Crane Bank’s true value.

Crane Bank’s shareholders have been trying to bring a strategic investor on board as they seek to recapitalize the bank in the wake flagging business and a sharp rise its non-performing portfolio. Crane Bank is hobbled by close to $90 million of impaired loans.

Primarily a lender to the trade sector, Crane Bank was hit hard by the market volatility that saw the Bank of Uganda’s key rate the CBR, peak at 17 percent in January 2016. Combined with rapid depreciation of the local unit, traders suffered losses that saw many of them unable to service their obligations to lenders.

The CBR has since abated, falling back to 14 percent but the effects of earlier move saw lending rates touch 30 percent and fixed deposit rates as high as 20 percent, continue to reverberate throughout the industry. Non-performing loans for the industry currently stand at 8.5 percent as lenders struggle to recover bad loans.