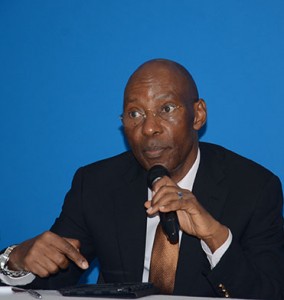 KAMPALA DECEMBER 15- Uganda’s efforts to achieve full digital migration continue to be hobbled by technical difficulties with only two of the 10 new sites so far active. Sole digital signal distributor SIGNET had expected to complete activation of an additional ten transmission sites by the end of October but 256BN has now learned that this was not possible after the cooling and ventilation system at six sites failed to perform while two of the transmitters suffered flood damage during storage in Kampala.

SIGNET has now invoked the insurance clause since the damage occurred while they were still in custody of the clearing agent and replacements are expected over the next few weeks.

According to SIGNET’s GM, Engineer Sam Batanda, efforts to address the ventilation issues are underway and six of the sites should go live before the end of the year.

SINET switched on Jinja on October 6, 2015 with a promise to activate one site daily until all 10 were operational.

That would have extended the digital footprint to around 80 percent of the country but the transition has been a mess to the extent that broadcasters are now operating under three different protocols. Besides the analogue and digital signals, Chinese pay TV operator Star Times has been allowed to continue broadcasts under the DVT1 signal.

The multiple signal regimes have caused a degree of confusion in the market with both broadcasters and Set Top Box vendors complaining. Free to air STB vendors lament that uptake has been low in places like Mbarara because the analogue signal continues to be available to viewers. On the other hand private broadcasters who have been forced on to SIGNET are suffering degraded audience numbers.